In the 1980’s there was a  revolution. Not the kind of revolution where people  march through the streets and demand change this was a quiet revolution that meant the housing market in Britain would be altered forever. This was the introduction of the Right to buy. It is still being felt today. The Conservative Government of Margaret Thatcher was not keen at all on anything being owned by the state or by local authorities. They believed that the market should define everything. The market would regulate costs and the competition they believed would bring better products and services. This was the same for the housing market. There was only one problem with that, since the 1950’s successive Labour and Conservative Governments had been happy for local authorities to pull down slums and erect new estates and tower blocks in a public housing works program the likes of which had never been seen before. The Thatcher Government theorised that if you had a mortgage and were a homeowner you would naturally lean towards voting Conservative so they set about a program of allowing Council house tenants the option to buy their home, usually at a reduced price.

That’s not to say that many of the tenants did not welcome the chance to purchase their own home. Mortgages were becoming easier to obtain after the other revolution in the 80’s the de regulation of the banking system and the chance to get credit easier. They were able to apply for mortgages as we do now and they would still need to get support from a Conveyancing Solicitors Guildford way like those available from https://www.samconveyancing.co.uk/Conveyancing-Solicitors/Conveyancing-Solicitors-Guildford (although they didn’t have the internet to search for companies back then obviously). 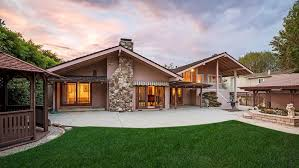 Many tenants were incredibly frustrated that they couldn’t make improvements like extensions and double glazing that they were beholden to the local authority. This led to a movement of people want to own their own homes and some local councils saw a way to transfer the ownership of some of their council homes across to the tenants. This led to many people being able to afford their own homes for the first. A chain reaction then occurred and now everyone dreams of owning their homes, this is very different to the living arrangements on the continent where almost everyone rents. Who knows what the future will bring for our housing industry?