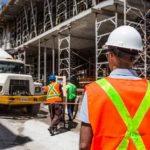 The history of human construction endeavors and achievements is a long and impressive one. While the One who sits high and looks low was not in any way thrilled about our post-deluge forebears assaying to make themselves as much neighbors of His as they thought they could have achieved with the infamous divinely-obstructed Tower of Babel, humankind’s vision and will were permitted to come to fruition with regard to other projects. And, alas, not all of them were intended to honor the sacred!

The Architectural Technologies & Feats of the Ancients

Think Giza’s pyramids and the strategies, the equipment, and the processes that were utilized by the Egyptians and those of forced servitude who labored forth the structures that we still marvel at today. Think the Hanging Gardens of Babylon. Think the Roman roads. And great surprise awaits any who may, prior to examination of the available information, scoff at the ways and means of the ancient construction workers, unwittingly scoffing that those laborers of yore were unskilled and crude when in fact we are still to this day using some ways and means that have precedent with the ancients. Shipping, waterways natural and also contrived, pulleys, ramps, softening slurries in conjunction with cutting tools of copper, etc, were employed back then as they are today, nevermind the modern upgrades in some materials and the addition of fueled engines and computer technology. By links of knowledge we’ve arrived at where we are at now and enjoy much of the technology we enjoy now.

What have we now that the exceedingly old old-timers didn’t have? Autonomous computerized construction machines as well as machines of minimal human operation are now responsible for, say, laying bricks with incredible speed and yet incredible precision to build an entire brick edifice; for the excavation of formidable areas targeted for mining or for, say, forming underground tunnels; for drilling down into the Earth’s subterranean regions wherein there aren’t only stunningly humongous rocks that need to be penetrated, if not pulverized, but also down into heat hundreds upon hundreds of degrees Fahrenheit and yet the machines’ hard-working appendages maintain their form; for functions in the dark depths of the oceans where frilled sharks, vampire squids, unusual arthropods, etc, roam; for hoisting bulky or otherwise cumbersome items needed by workers at sky-high heights; and on and on. Now, steel rolling mills use multiple computerized machines that process the material into transfer bars which eventually become steel sheets San Antonio TX, for example.

Whereas the ancients used shipping and boating to haul their purposed wares to the sites upon which they were building their envisioned, some of the envisioned a blessing to humanity while some mere vanity, modern architects and construction workers use appropriate aircraft and powerful automobiles to move, for instance, steel sheets to where some worthwhile structures as well as some follies are intended to be built.
Indeed, our concern ought not to be if we’ve bested the ancients with regard to technologies, but rather if we’ve bested them with regard to agendas and worth of product. If in these we fail, we’ll have epically failed.